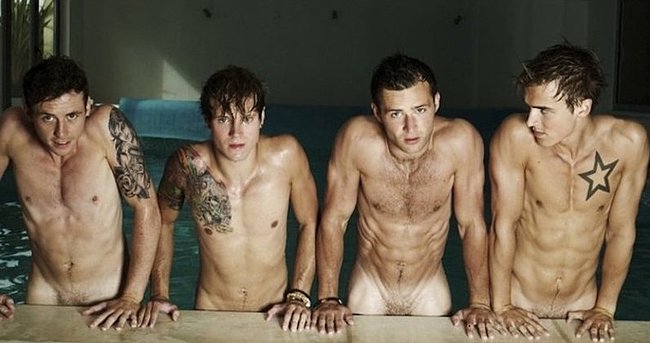 British pop rock Band McFly, founded in 2003, consists of 4 members. It debuted with the single 5 Colors In Her Hair and immediately became very popular. And this is not surprising. Indeed, it is impossible to resist such handsome men. As it turned out, the guys are ready for anything to attract the attention of the public. That is why they undressed right on the stage. And they also took part in nude photo shoots.